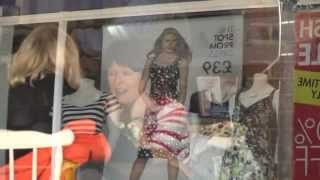 Chair of the Faversham Society  (Trustee from April 2014; Chair from June 2016) Formed in 1962, the Society is a Registered Charitable Company Limited by Guarantee working to preserve the heritage and fabric of the historic town of Faversham and its surrounding parishes. Created in response to modernization and the loss of historic buildings in Faversham, the Society aims to ensure that Faversham’s individual sense of place and outstanding heritage features are not lost.

Over 50 years of growth and development have shaped the Society into a complex business with many different aspects, most of which engage directly with the general public as well as with specialist researchers and enquirers. With over 1000 members and run entirely by volunteers, the Society is one of the oldest civic societies in the UK and much of its early work has since been replicated by other civic organizations, especially our Open House event.

Whilst Whitstable is noted for its oysters, in many quarters Faversham’s lesser known oysters are as renowned, and Canterbury primarily for its architectural and cultural history, it is Faversham which is at the heart of agricultural production. Kentish hops, apple orchards for cider, eating and cooking, the National Fruit Collection at Brogdale fruit centre, Faversham oysters, significant soft fruit production, Macknade Fine Foods and England’s oldest brewery Shepherd Neame, all thrive in a town with good road and rail links to London and mainland Europe via the ferries and the Channel Tunnel.

TasteFaversham
One of the group of three which established tastefaversham  in March 2010 to explore and promote the taste of food and drink from the Faversham ‘triangle’ and its surrounding villages. The triangle is the area defined by Faversham, Canterbury and Whitstable. Faversham is the ‘gateway’ if you are coming from London.

Real Ale
Harold Goodwin was an early member of CAMRA and demonstrated to save the Boddingtons Strangeways Brewery  in the early 1970s. At the time it appeared that real ale may driven out by abominations like Watney’s Red Barrel, Double Diamond and the rise of pressurised keg beers. The CAMRA has led the UK’s most successful consumer campaign and real is prospering. In Faversham we have Shepherd Neame, Britain’s oldest continuously brewing independent. Timothy Taylor brews Landlord in Keighley, Yorkshire.

Latest Responsible Tourism News
Yet more evidence that consumers want sustainable travel
Fog in the Channel: Continent Cut Off
Living with Pandemics
Multiple Deprivation – Faversham has more than you think